1
Twenty Years
2
What About the Mommies??? 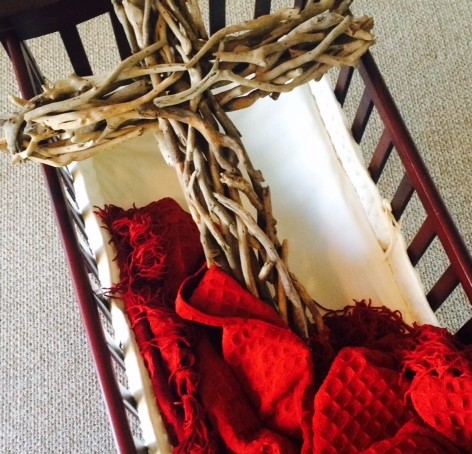 It is a pleasure to welcome Kristi Nolan to Rocky Top’s back porch once again.   She is a young woman who continues to bless me by allowing herself to be open, honest and just flat out real!  Her story shouts of the grace and forgiveness we just celebrated on Easter.

It took more than 10 years for me to walk through a March 30th without struggling with the date – and then, all of a sudden, I would find myself on April 1st and it would hit me – I made it through!  So as we celebrate Passion week, I am celebrating His love, grace and forgiveness.

It’s been 20 years since I saw a line on a stick in a Wendy’s restroom – since I sat in disbelief and wondered what it meant.

20 years since I hesitated to make a phone call to a clinic and set an appointment for a consultation.

20 years since they told me I was making the right decision.

20 years since they told me it was safer to terminate the pregnancy than to try to carry to term and deliver a baby – safer for me anyway.

20 years since they performed an ultrasound and told me I was lucky I came in when I did because it was going to cost me $250 less than it would have in another week.

20 years since they handed me a valium and sat me in a dark room with other women, wait, other girls, who sat in silence and tried not to think about what was to come.

20 years since they positioned me on a table and told me it was my last chance to change my mind.

20 years since I laid upon a table and read the serenity prayer taped to the ceiling above me and pondered the irony.

20 years since the sound of life being sucked from my body brought me to the reality of what exactly it was I was doing in that moment.

20 years since I couldn’t get out fast enough to throw up in the parking lot.

20 years since the enemy began an assault on my mind that would convince me I didn’t deserve a loving husband or children.

20 years since I felt my sin was too deep for the Blood of Christ to cover it.

20 years since I took the innocent life of what was formed by the Lord in my womb.

But in those 20 years, though the enemy tried to win – he has lost.

In those 20 years I met a man who would love and cherish and serve me – who calls me his “bride” every single day.

In those 20 years God showed that the enemy had no power over my womb, but He did – He has given me three beautiful children.

In those 20 years God has replaced my guilt and shame with FORGIVENESS and JOY.

In those 20 years God has used my darkest sin for His greatest glory.

In those 20 years every time the enemy tried to whisper “you’re not worthy”, God would shout “MY GRACE IS ENOUGH”

“Not that I have already obtain all this or have already been made perfect, but I press on to take hold of that for which Christ Jesus took hold of me.  Brothers, I do not consider myself yet to have taken hold of it.  But one thing I do: Forgetting what is behind and straining toward what is ahead.  I press on toward the goal to win the prize for which God has called me heavenward in Christ Jesus.”  Philippians 3:12-14 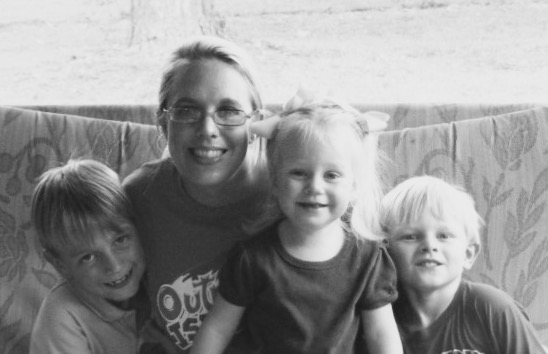 Welcome to the back porch at Rocky Top, Kristi Nolan! Kristi is a dear friend of mine, passionate follower of Christ, faithful wife of 18 years, and mom of 3 precious children! Today Kristi challenges us to think through a subject that not many of us want to talk about. Yet, Kristi has lived through this nightmare and has come out victoriously because of who her God is………Faithful, filled with grace, mercy and love!

You can’t turn on the TV or get on any type of social media right now without seeing the news of Planned Parenthood and the stomach-turning revelations of what they are doing with body parts of innocent children. The Pro-Choice/Pro-life debate and the statistics for these aborted babies are being bounced through our airwaves like ping pong balls.

Yet, there is a statistic that we don’t like to talk about………Many statistics reveal that almost one in four women have had or will have an abortion in the United States. So take a minute and look around your Bible study group or just look down your pew at church, most likely at least one woman has had an abortion.

They have walked into a clinic with a womb filled with life and walked out empty. Some of these moms pretend it isn’t life so therefore it isn’t a big deal. Yet, there is the mom who hides in shame for fear of what others would think if someone discovered her choice of abortion.   There are moms who are riddled with guilt and stricken with fear and end up suffering from addictions, anxiety, depression and even suicide because of One Choice they made on One Day in their life.

For my friends sitting in my Bible study group or for those who sit on the church pew with me……….

I am that mom; I am that woman.

I was old enough to know better. I was raised in church. My daddy was a deacon. My parents were leaders in the youth group. I had stars beside my name on the attendance chart in Sunday School. At the age of 24, I became the one in four!

Realization hit me while I was on the table. Guilt and shame consumed me the moment I got back into the car. The enemy began a successful assault on my heart and mind. He convinced me that God’s grace didn’t go that far. He convinced me that I didn’t deserve children so God would never give me anymore. Once God proved him wrong, he tried to convince me God’s plan was to give them to me just so he could take them from me as a punishment. More than anything, he convinced me that it was better to keep it a secret. Anything the enemy convinces you to hide, well…….it stays hidden from the healing light of Jesus. Unfortunately, many times the Church helps him in that campaign.

Yes, abortion is murder, BUT calling women murderers doesn’t fill us with godly sorrow, it fills us with shame. My God…….He is not about shame. He is about repentance, restoration and redemption. Please do not think I am proud of my story. I am not. Every time I think how far the Lord has brought me, I am filled with awe and humility. I have no pride in my sin. I have confidence in the testimony of what the Lord has done and is doing in my life.

So what about the mommies? Being pro-life is not just about saving the lives of millions of innocent babies but it is also about advocating for the lives of mommies to not live in guilt, shame, addiction, and depression. As a follower of Christ, we also need to offer women who have had abortions the love and compassion of Christ.

My prayer is that by sharing my story I will not only save innocent lives from being taken but would also save any woman from walking through life in shame or fear of being found out. It is my prayer that the Body of Christ would be a place of love and healing for moms like me.

He has not dealt with us as our sins deserve or repaid us according to our offenses. Psalm 103:10

**Next week: Part 2: What Can We do to Minister to a Wounded Mommy?